We are a Munich-based law firm for industrial property rights at Weißenseepark adjacent to St. Quirin Platz.

Our clients are mainly medium-sized companies based in southern Germany, Austria and Switzerland. Regardless of whether intellectual property is to be created or protected, with our full support our clients always find in us the basis for appropriate decisions. We strive to avoid disputes and to find economically feasible solutions, but when things get serious we will never shy away from conflict in our efforts to protect our clients with all means possible against ruthless competition on the market.

For all problems in the field of industrial property rights worldwide we offer our own consulting service or can broker such services. Our multilingual team has a worldwide cooperation network of personal contacts with whom we can handle any problems of our clients individually, also on the international level.

We offer trusting and patient advice for private persons, start-up companies and established companies, and always keep our eye on the target of finding the right solutions for the respective business situation. 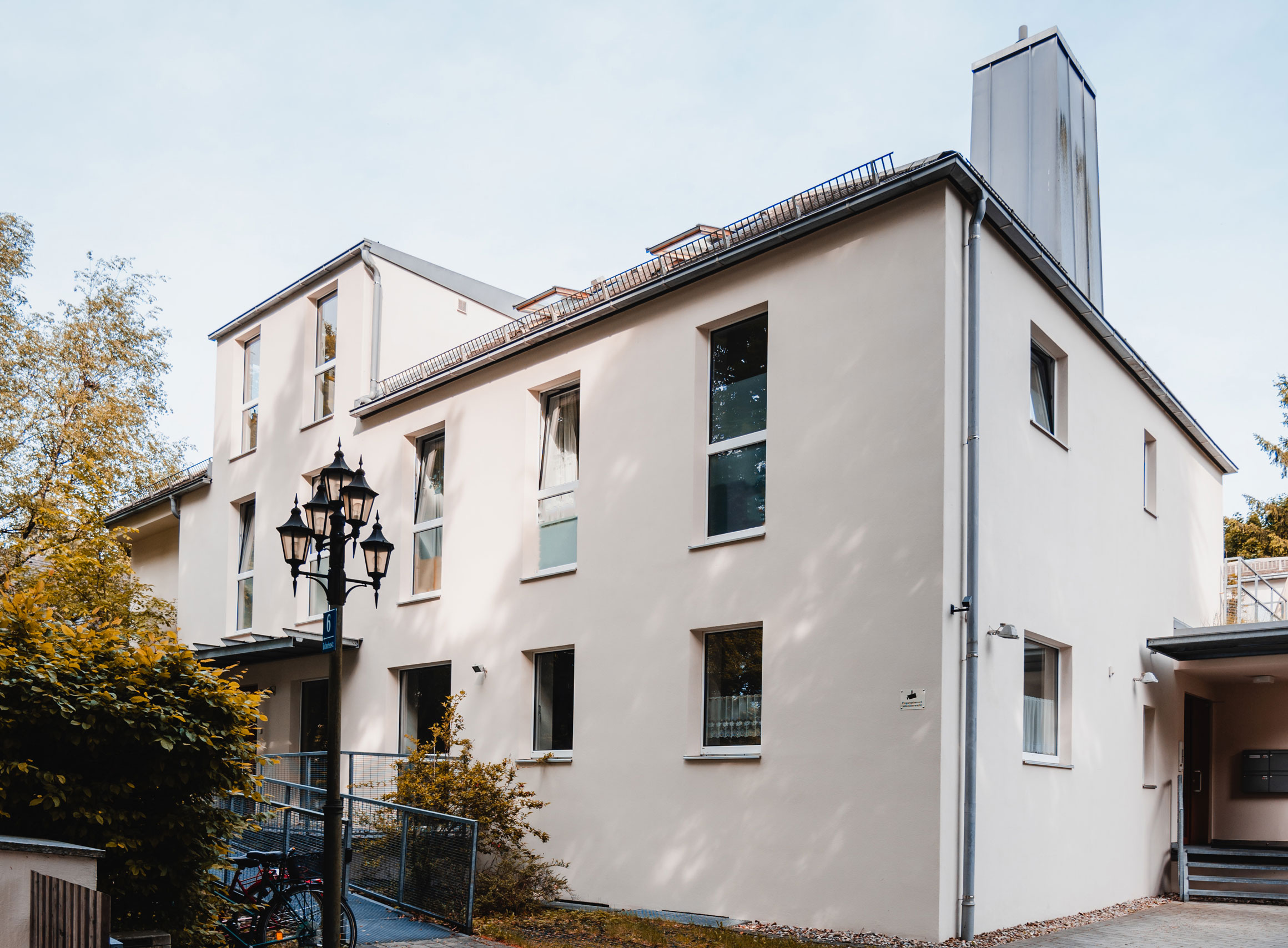 Industrial property rights protect an innovation against unauthorized commercial use by third parties.

The aim of our IP strategy consulting is to determine the effective industrial property rights and procedures for our clients that secure a project with the minimum of risk and taking into consideration the respective business situation.

We manage the industrial property rights for our clients and remind them when the annual fees are due. 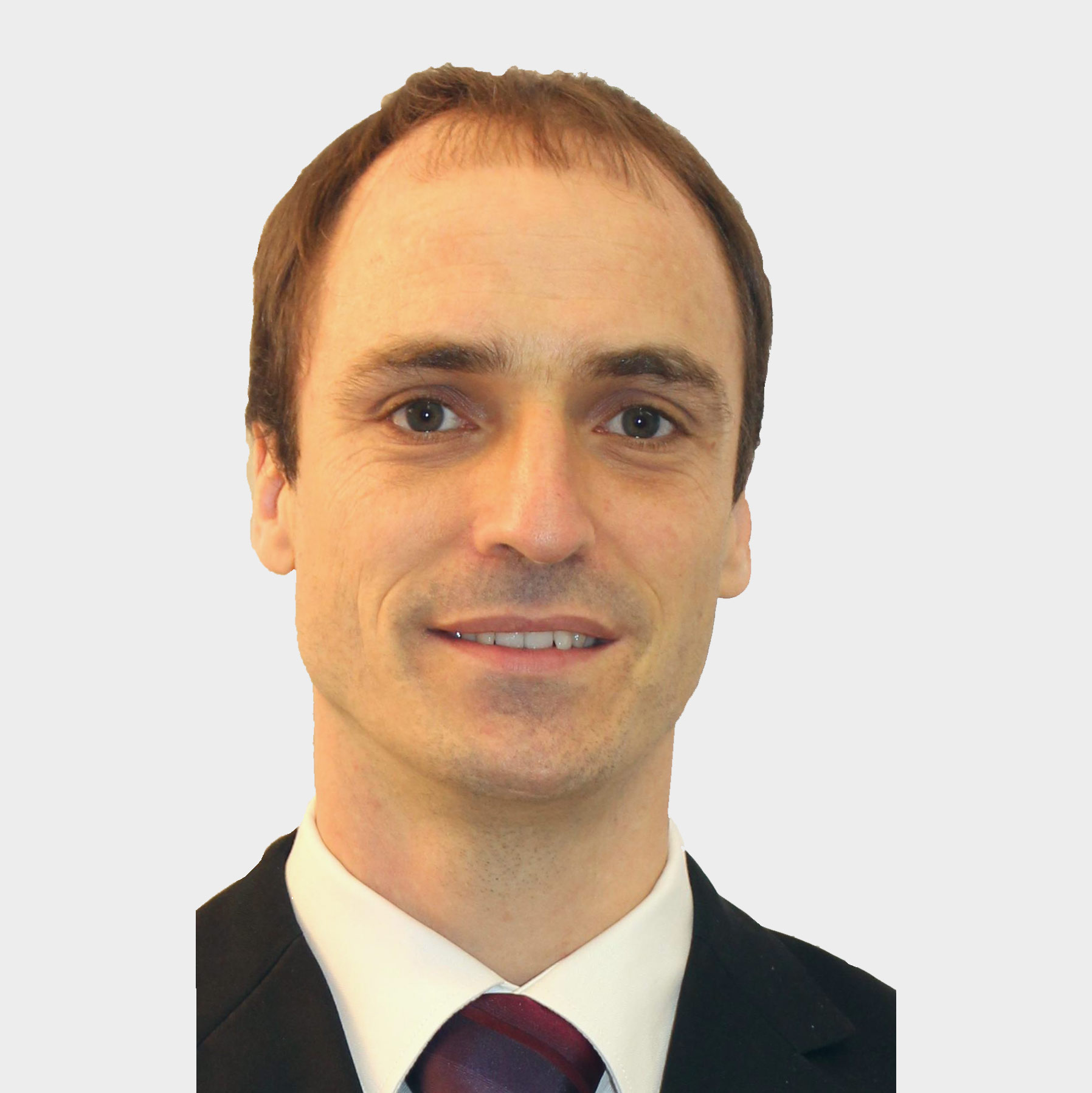 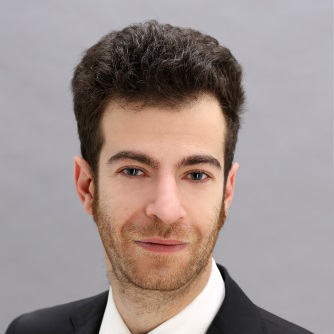 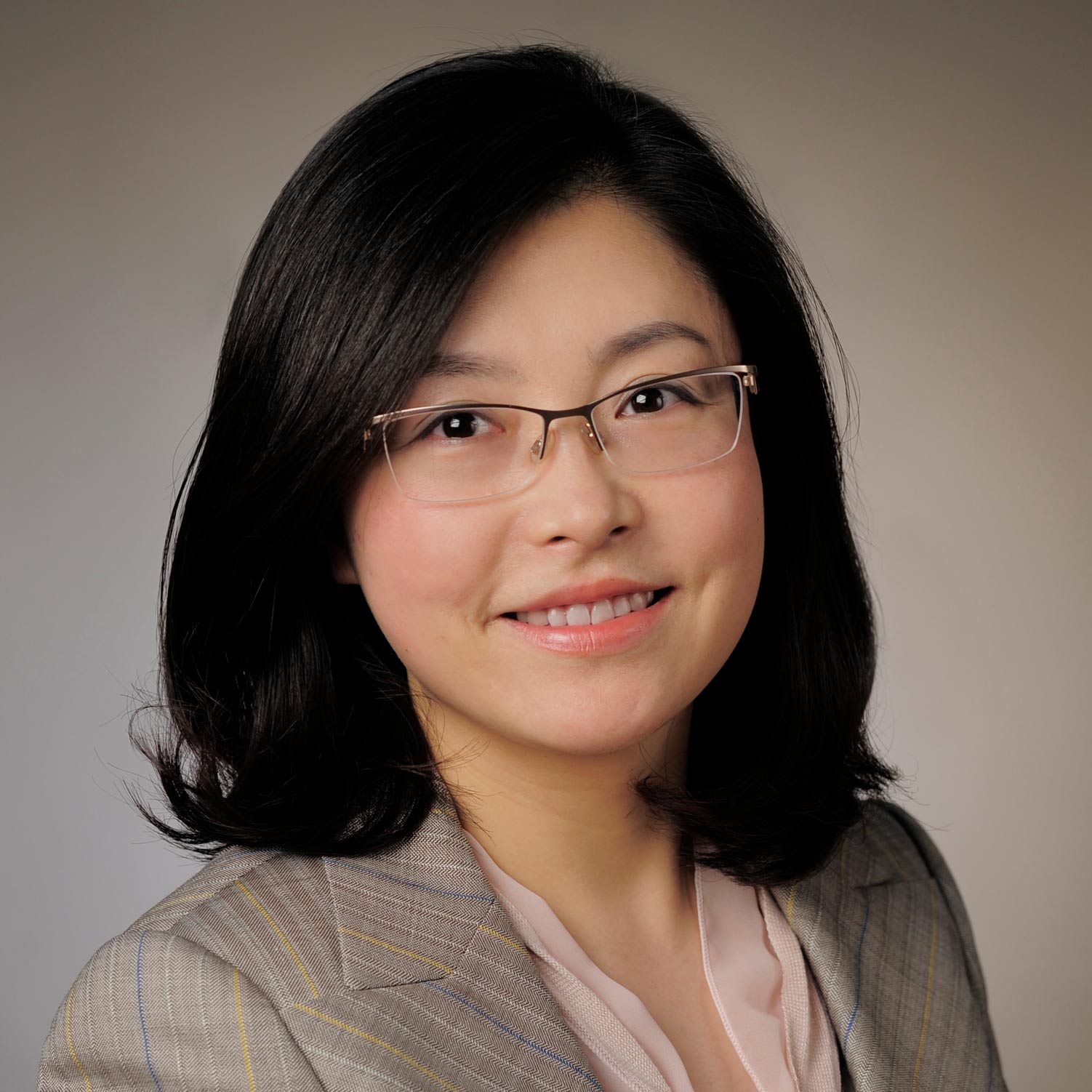 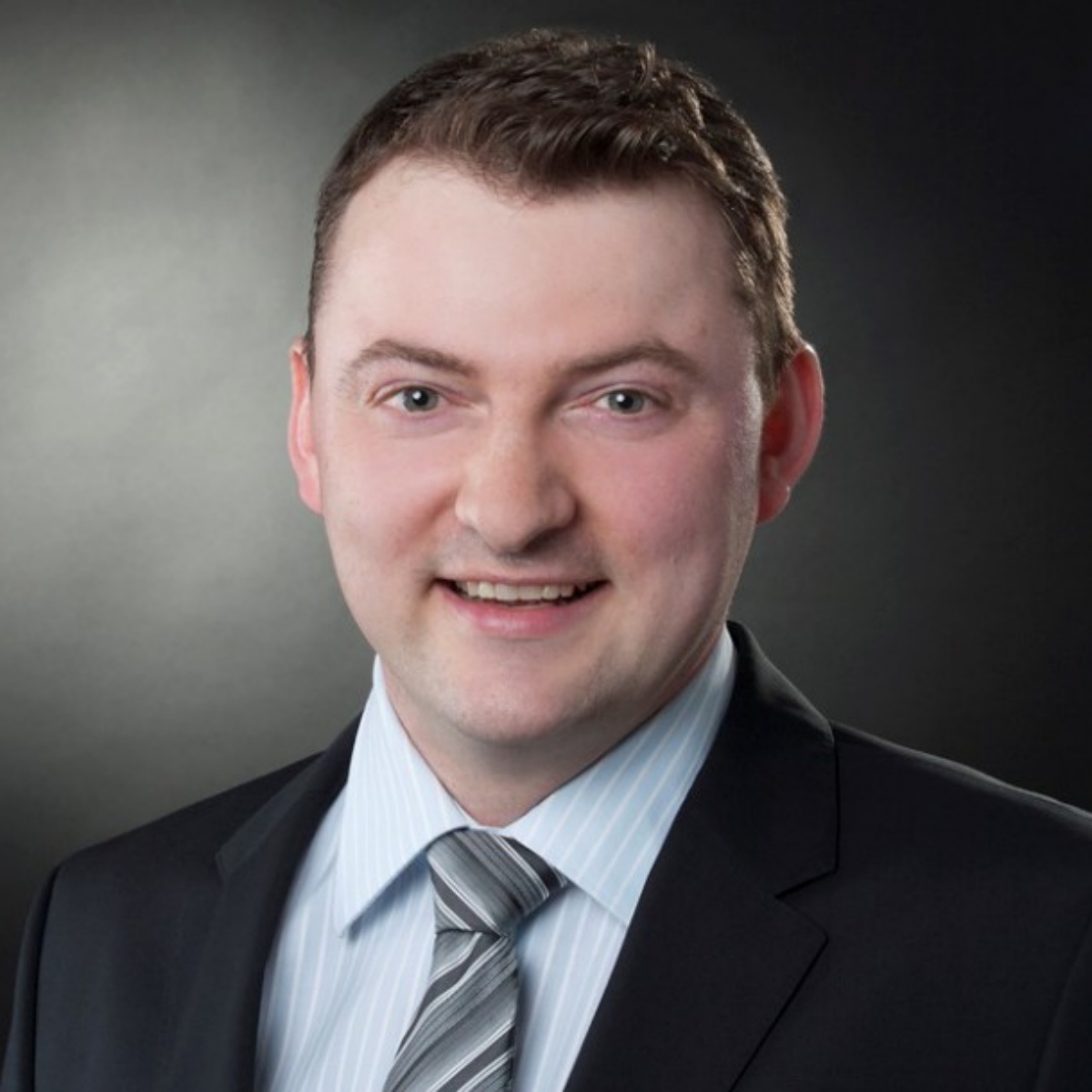 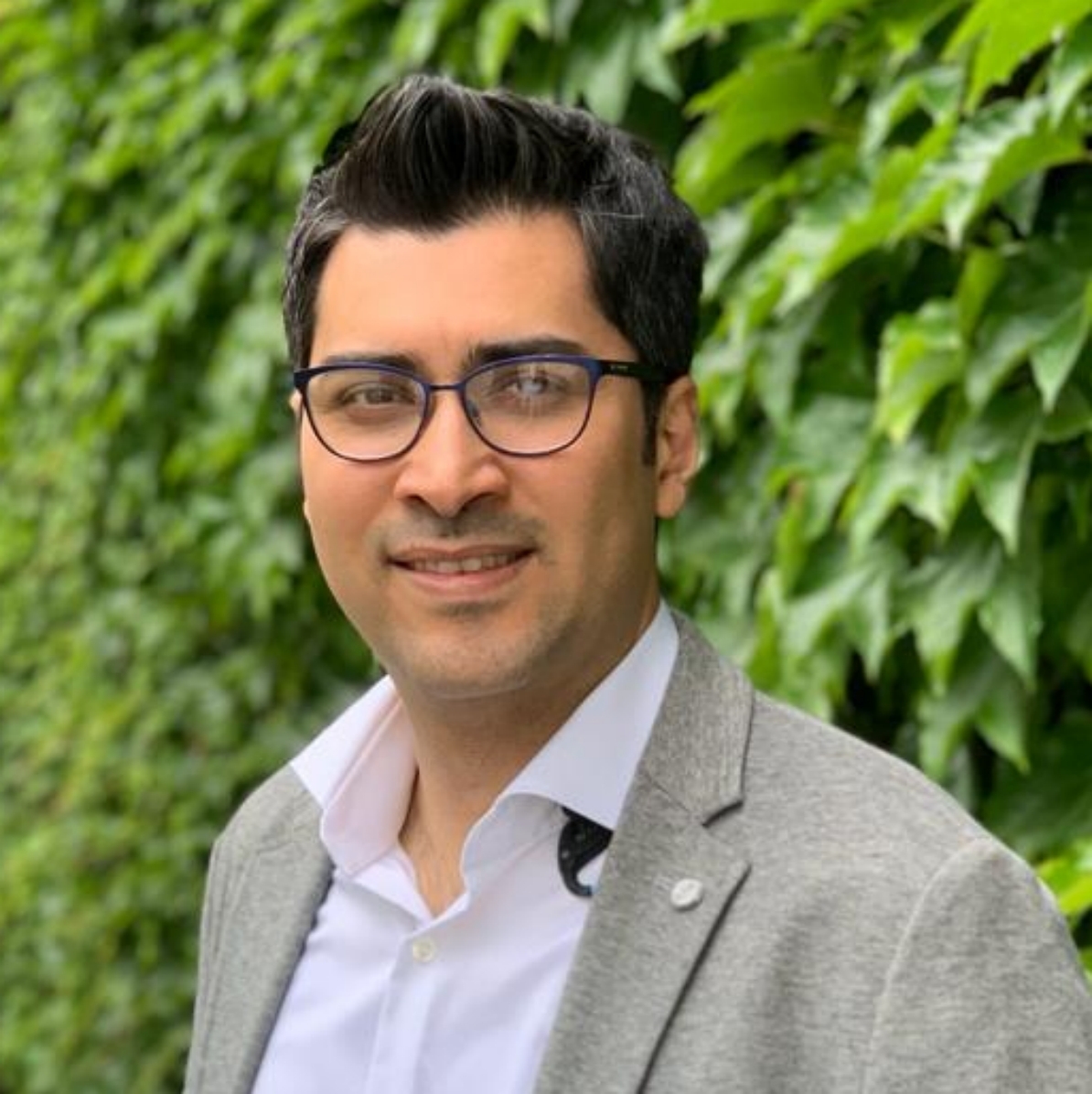 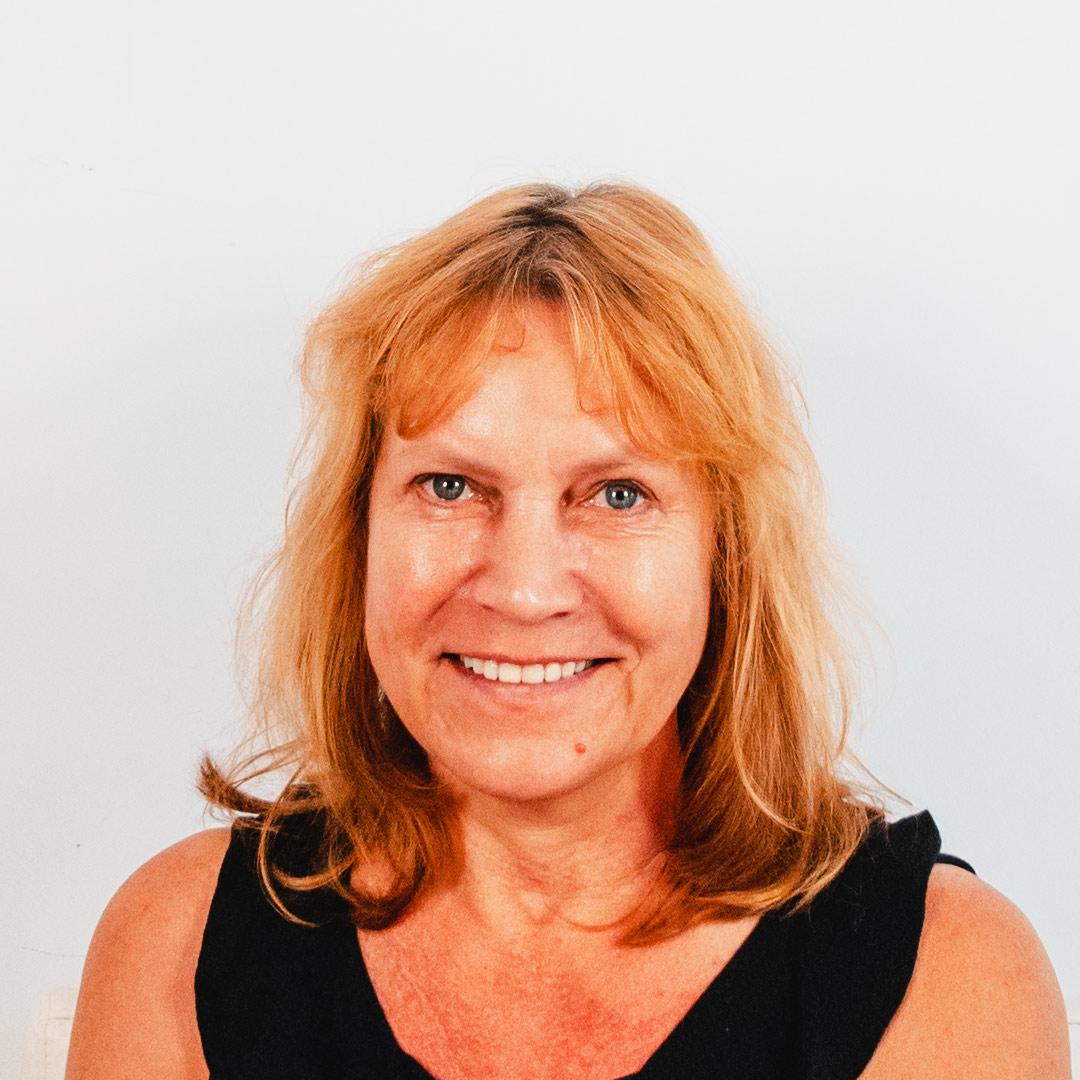 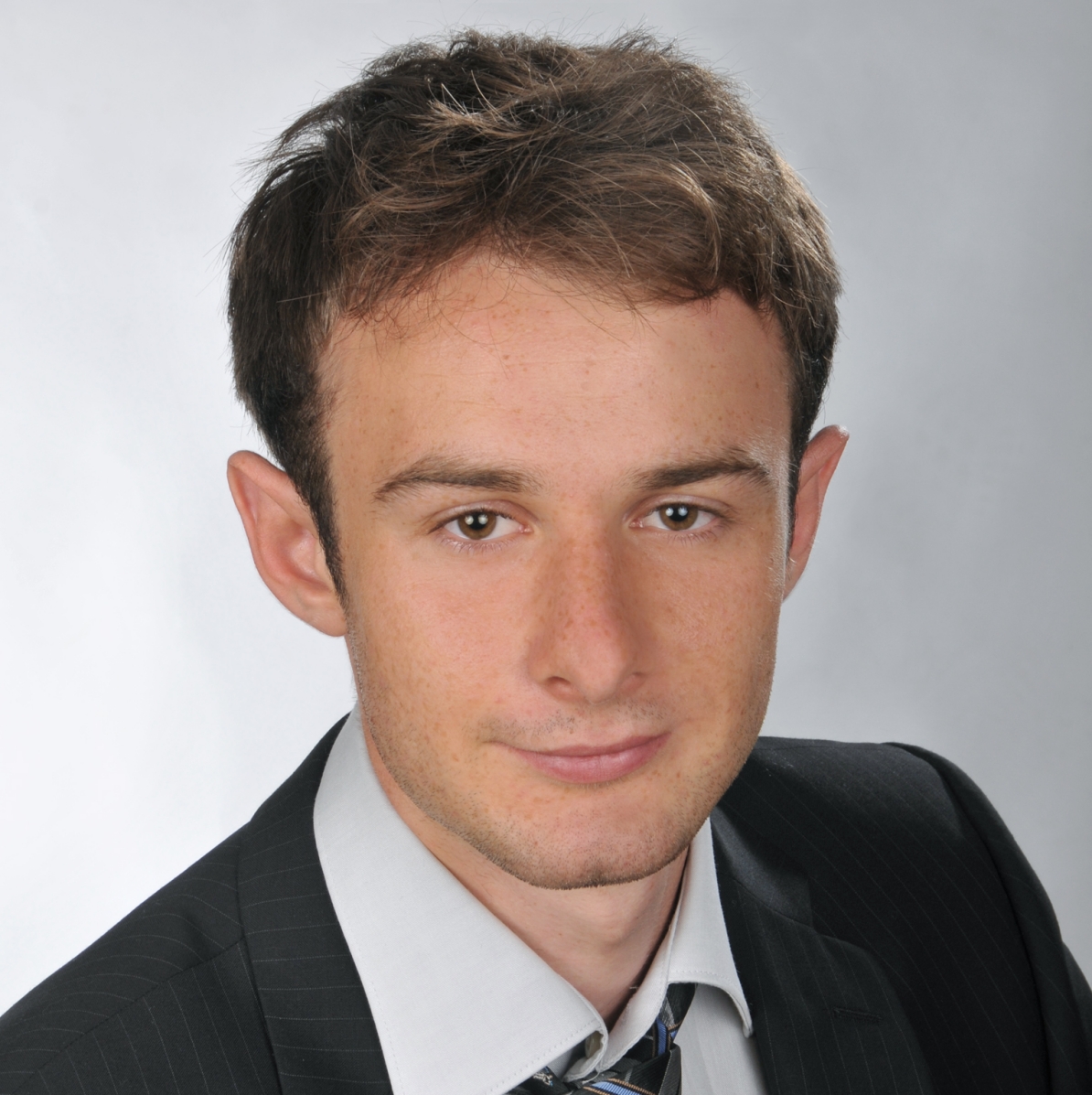 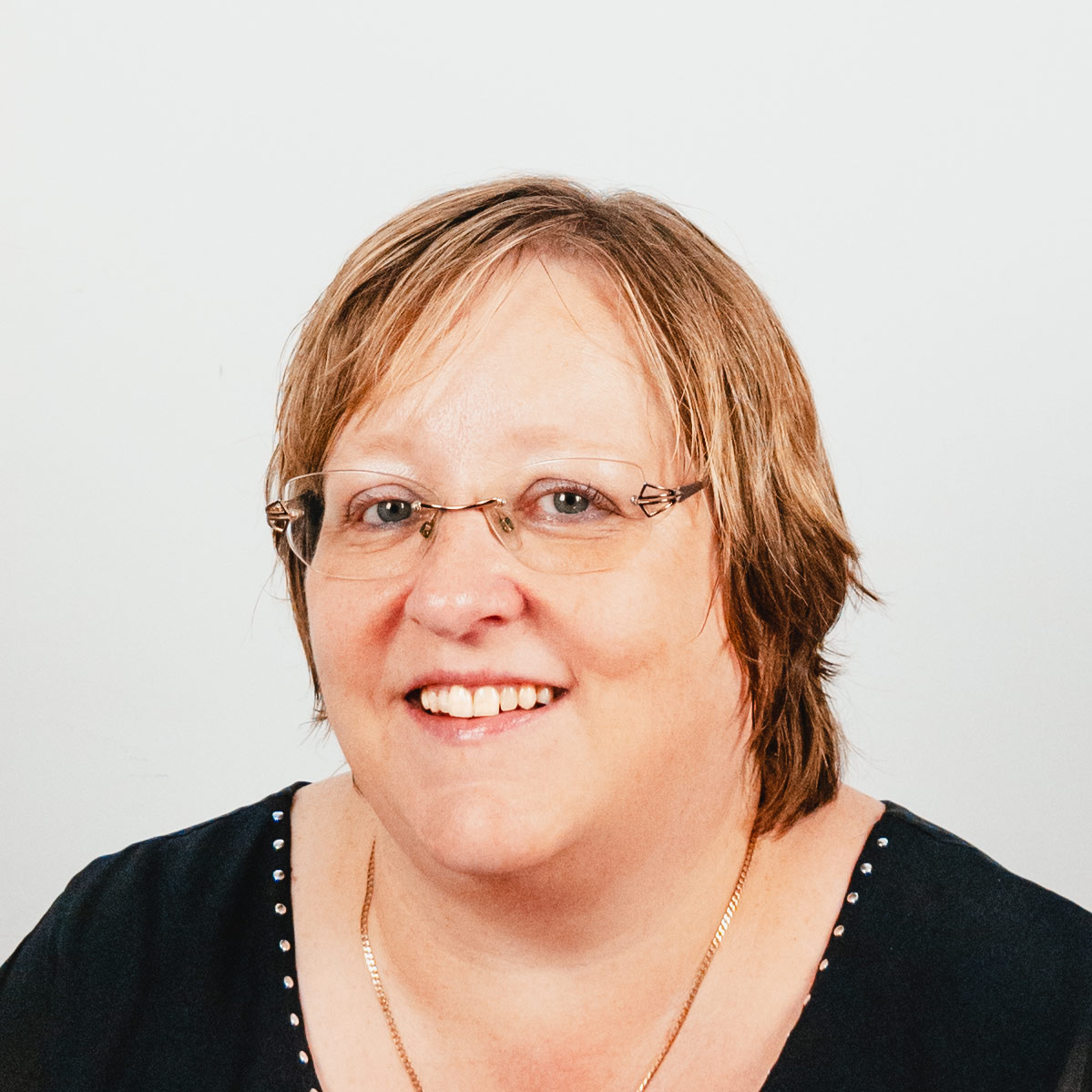 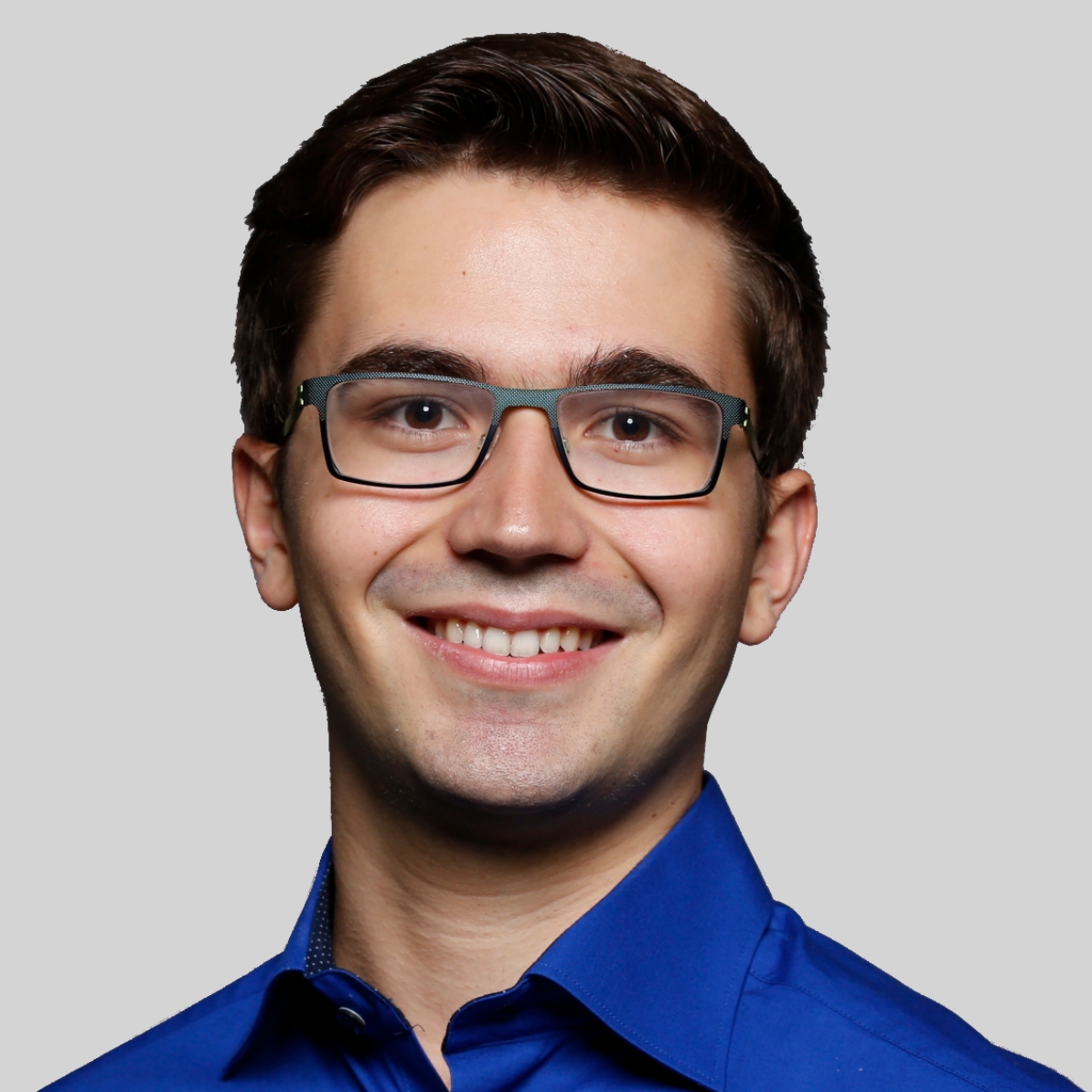 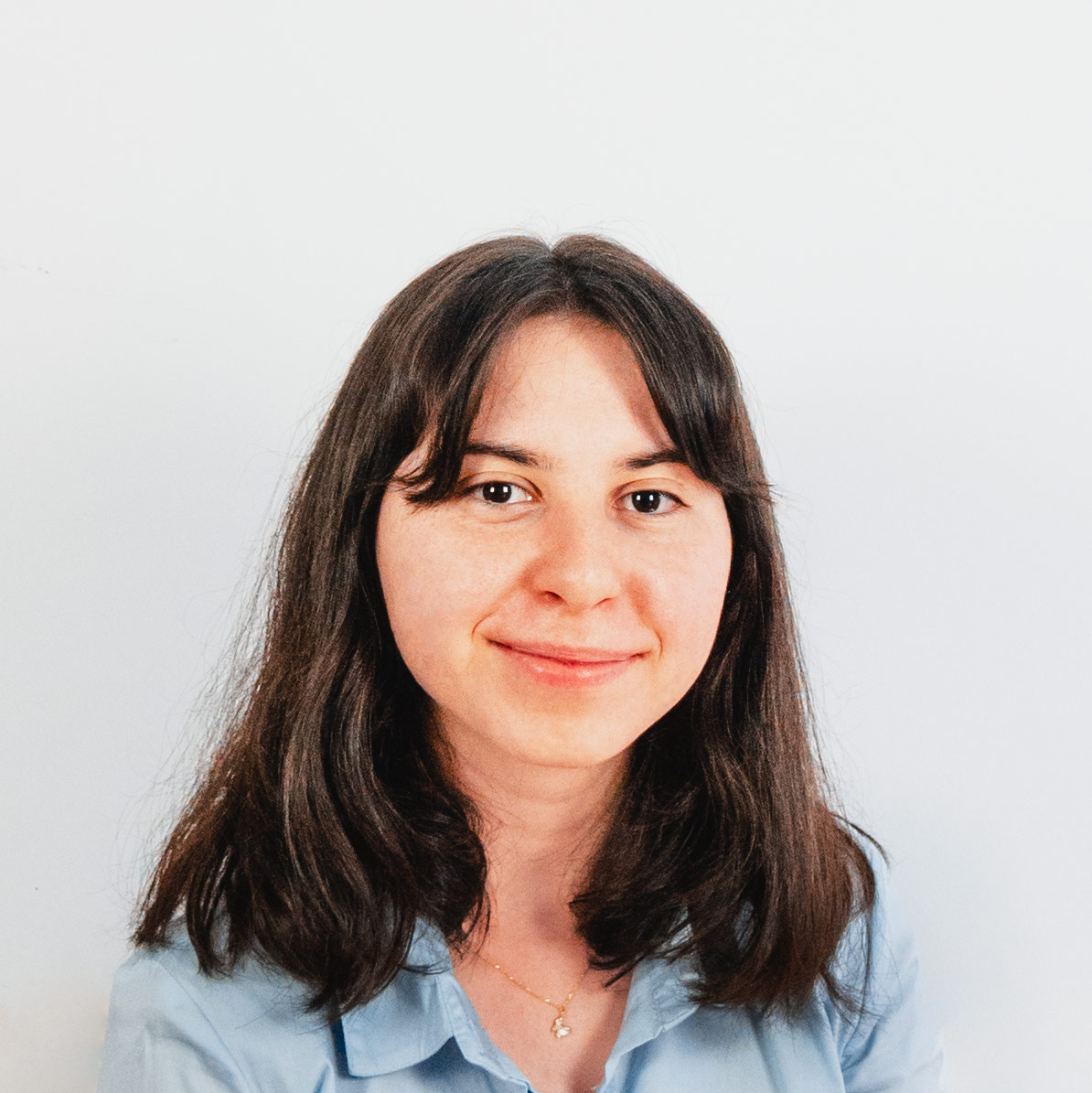 The claimed technical teaching must be new (i.e. not already known) and inventive (i.e. there have not been any disclosures of the technical teaching) over the entire scope of protection. Rather, at least the example must be reproducible. In addition to this, there are still various other pitfalls in patent law such as the question as to who can even apply for a patent, which formal requirements the patent application has to fulfil, and whether a patent is even economically feasible.

We support you at every stage of the patent application and granting process. In personal talks we clarify the expected costs, the possible patentable technical teaching behind an invention and the optimum formulation of a patent application. Before the patent offices all over the world we help you to explain to the examiners the differences to the state of the art and to adapt patent applications to the local requirements.

If you discover that somebody on the market is violating your property rights, we will of course help you to assert your rights.

The basic intention of industrial property rights is to ensure fair business conditions on the market for all market participants. Market conditions are fair when there is competition and the companies try to convince consumers with high-quality products at the lowest possible prices.

Fair competition also requires, however, that individual competitors – who often have very high costs for the development of new products – are not put at a disadvantage by competitors who simple copy the development results. This forms the entire basis for numerous laws in industrial property rights, such as patent law or copyright law. However, often these laws are not sufficient to achieve genuinely fair competition because, for example, not all development results can be protected by the applicable laws. This is where the law against unfair competition takes effect in ensuring fair conditions for the individual competitors.

We support you in the analysis of the market behaviour of your competitors, help you to discover possible competition violations, and accompany you in court proceedings to enforce fair competition conditions.

A trademark can be used to protect signs (words, logos etc.) for certain types of goods and services. Trademark protection includes in particular the right to prohibit third parties from using the sign protected by the trademark in commercial transactions for the goods and/or services for which the trademark claims protection, either by registration or as a genericized trademark if the sign used has acquired validity as a trademark with the commercial circles involved.

Trademark law does not, however, only protect trademarks, but also company symbols. These are the signs under which your company trades or which are used by your company or business operation for identification.

If you discover that somebody on the market is violating your property rights, we will of course help you to assert those rights.

Designs, also referred to as registered designs, protect the visual appearance of a product as industrial property rights. This provides protection against competitors whose products offer no other overall impression than that which is protected by the registered design.

A design which is not registered is protected within the EU for the first 3 years after its market appearance. Further-going protection can only be achieved by registering the design as a so-called community design. We will be happy to help out with this. Once the design is registered, third parties can apply for the cancellation of this design. We will be happy to advise and represent you in the defence against cancellation requests which are often based on the claim that the registered design has no novelty compared with earlier designs.

We will, of course, support you in the assertion of your rights from a registered design against violators.

The field of activity of our solicitor, Alexander Ginzburg, also includes consulting and representation in matters of copyright law.

Copyright law protects works of literature, science and art. Such works or parts of them can, however, be contained in products, services or advertising materials. This may involve a copyright violation. Logos can also enjoy copyright protection alongside any protection as a trademark.

Particularly within the framework of outsourcing of manufacturing processes or the outsourcing of the sale and distribution of a product, it may be necessary to permit the use of one’s own protected know-how or trademark rights. In general this is based on licensing agreements.

We can design for you the licensing agreement in which the limits of the use by the licensed company are clearly delineated. Needless to say, our attorney, Alexander Ginzburg, is always there to support our clients in the necessary contract negotiations.

Protective rights such as patent designs are not the only things that provide legal leverage against product piracy. Rather, pursuant to Section 4 (3) a)-c) of the Unfair Competition Act (UWG) there is also protection against imitation under competition law

This is subject, in particular, to the following requirements:

– The original product has competitive originality. This requires that its concrete design or certain features are suitable to indicate its company origins or its special features to the interested commercial circles.

– A product is an “imitation” when it is so similar to the original that the original can be recognized in the product. In this case, the assumed design elements must be those that account for the competitive originality of the products for which protection is being claimed.

To fulfil the conditions for an imitation, there must be other circumstances that make the imitation appear unfair such as in particular:

Deception of origin is the case when the purchaser of the imitation product at the time of making the decision to purchase could erroneously assume that the imitation came from the manufacturer of the original product or from an affiliated company (e.g. through the granting of a licence). There is an interrelationship between the degree of competitive originality, the type and the intensity of the assumption as well as the special competitive circumstances so that for a greater competitive originality and a higher degree of assumption there are fewer requirements for the special circumstances on which the claim of the anticompetitive nature of the imitation is based and vice versa. The circumstance that the purchasers associate the imitation with the original in their minds is not sufficient.

Exploitation and detriment to the repute of the original product (§ 4 No. 3 b UWG):

An unreasonable exploitation of reputation is the case when the originality and the special features of the original product lead to expectations of quality attributed to this product and thus benefit the imitation because consumers confuse it with the original (e.g.: Higher Regional Court OLG Düsseldorf, ruling dated 16.10.2014, I-15 U 49/14).

Dishonest acquisition of the know-how required for the imitation (Section 4 No. 3c UWG):

For the fulfilment of the conditions within the meaning of Section 4 No. 2 c of the Unfair Competition Act (UWG) requires that the imitator also needs the documents or know-how for the imitation which he has received directly or indirectly from a competitor for the imitation. A reproduction on the basis of reverse engineering does not fulfil this requirement.

If the imitator acquires the necessary documents or know-how by a criminal act, for example theft, fraud or breach of trust, this constitutes dishonest acquisition.

In all cases our attorneys first thoroughly examine the facts and the legal situation for the enforceability of the claims of the client.

On the basis of this examination we give our clients recommendations for action. Our solicitors explain to the clients the various chances and risks that the proposed court or property rights proceedings will involve. This also includes, of course, a clarification of the costs of the legal dispute. This puts our clients in a position to make an informed decision about the further proceedings in the respective dispute.

In the competent and effective conduct of court proceedings, our attorneys are always firmly focused on the needs and the interests of the client. Needless to say, we always keep our clients up to date on any new developments of the case.

How to reach us

You can reach us with public transport with the U1 in the direction of Mangfallplatz, stop: St. Quirin Platz. From there it is about 80 metres walk to Rotbuchenstraße.